On 8 November 2016, the day before TSI’s final conference, policy officials from six countries came together in Luxemburg to follow up on a declaration signed by 6 countries following the Luxembourg EU Presidency Conference in December of 2015. In this declaration, the countries pledged to work together to advance an agenda of initiatives to strengthen the social economy, embracing NPIs, cooperatives, social enterprises, and volunteer work.  Among those initiatives was a push to improve solid, comparable statistical data on this sector in Europe.

Policy officials from Luxembourg, Italy, Spain, and Poland, along with a representative of the European Parliament’s social economy interest group discussed a proposed collaborative project to implement the new UN Handbook on the TSE Sector, which builds on the TSI Project conceptualization of the Third Sector. Despite some initial skepticism from the Spanish government representative about the consistency of the project’s definition with existing usage in Spain, there was general endorsment of the project’s definition and an agreement to move forward with such a project.

We hope to be able to share more news on progress towards cosistent data collection on third sector and social economy soon. 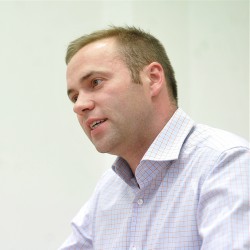 Previous Reading
Final conference of SIMPACT project, fellow FP7 funded research
Next Reading
Giving the Third Sector the visibility it deserves!
What are you interested in?
Content keywords
Countries
Menu
CONSULTATIONSWhat is Third Sector Impact?
Working areas
TSI Community Project Coordinator Advisory Board Consortium National Stakeholders European Stakeholders
Who is concerned with the third sector? Are you a practitioner? Are you a policy-maker? Are you a researcher? Are you a statistician? Are you a journalist? Are you a citizen?
Sitemap