The National Network for Civic Engagement (BBE) is the nationwide network of supporters and promoters of more than 23 million engaged citizens. As the only “trisectoral” network in Germany, the BBE connects more than 250 stakeholders from civil society, business and government with the aim of working together to strengthen civil society and civic engagement and participation in all social and political areas. Since its founding in 2002 on the recommendation of the special committee of the German Bundestag “future of civic engagement” the network is continuously growing.

The BBE aims to…

PD Dr. Ansgar Klein, born 1959 in Berlin, is a graduate sociologist, PhD in Political Sciences and an associate professor of Political Science at the Humboldt University in Berlin. Since 1988 he is a co-editor of “Research Journal Social Movements. Analysis on democracy and civil society" as well as for 10 years a co-editor of the book series "Civil Society and Democracy" (Springer-Verlag VS). He is also a managing editor of the "Engagement and Participation in Theory and Practice" (Wochenschau Verlag) since 2013. Ansgar Klein has been Executive Director of the BBE since its foundation in 2002. He is Member of the steering committee of the discussion group “Civil Society and Activating State" of the Friedrich-Ebert-Stiftung. 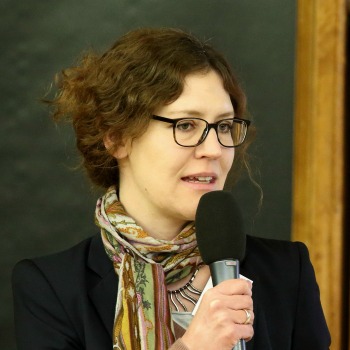 Lilian Schwalb is head of division „Network Support and Network Development Strategies“ of the National Network for Civil Society (BBE). Before joining the BBE team in 2012, she was working at the interface between politics, economy, science and (civil) society. As a researcher for the Governments First Civic Engagement Report (2009-12) she supported the commissions’ work at Humboldt University of Berlin. For several years she was involved in research projects and university teaching, mainly at the chair of Prof. Zimmer, WWU Münster. She holds a diploma in Public Administration from the University of Konstanz/ Department of Politics and Public Administration and a PhD in Political Sciences from University of Münster. 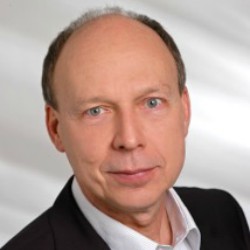 Dr. Frank W. Heuberger was Head of the Coordinating Office of Civil Society and Civic Participation, State Chancellery Rhineland-Palatinate, Germany until late 2010. He is the representative for European affairs of the Bundesnetzwerk Bürgerschaftliches Engagement (BBE/National Network for Civil Society) and cofounder of the Center for Corporate Citizenship Germany (CCCD). From 1990 through 1995 Frank W. Heuberger taught as Assistant Professor of Sociology at Boston University and worked as Senior Research Associate at the Institute for the Study of Economic Culture (ISEC), Boston, USA. He serves on many advisory boards and has published extensively on the interdependency of economic and social change, civil society, civic participation and on Corporate Citizenship. Frank W. Heuberger received his M.A. in Germanic Studies, Political Science and Philosophy attending universities in Berlin, Frankfurt am Main and Trenton, USA. He earned his Ph.D. in Sociology at Goethe-University in Frankfurt.
What are you interested in?
Content keywords
Countries
Menu
CONSULTATIONSWhat is Third Sector Impact?
Working areas
TSI Community Project Coordinator Advisory Board Consortium National Stakeholders European Stakeholders
Who is concerned with the third sector? Are you a practitioner? Are you a policy-maker? Are you a researcher? Are you a statistician? Are you a journalist? Are you a citizen?
Sitemap