European Alternatives promotes democracy, equality and culture beyond the nation state. It is at once an NGO and a movement of people who believe in transnationalism and the harmful inadequacies of the nation state to promote progressive outcomes in contemporary Europe. We are unique in combining artistic, social and political forms of action, neatly summarized in one of our slogans ‘Imagine, Demand, Enact’. Our organization in particularly strong in having grass-roots activity and collaborations throughout all of Europe: we are directly in contact with citizens and residents of Europe.

Our flagship project is TRANSEUROPA Festival (www.transeuropafestival.eu), a festival of arts and politics to open up a space for an alternative Europe which happens in many cities at the same time.

We have led a European Citizens Initiative on Media Pluralism (www.mediainitiative.eu), which is now leading to the establishment of a permanent network for media freedom throughout Europe.

In advance of the European Elections we developed a Citizens Pact and Manifesto (www.citizenspact.eu), which contained alternative policy proposals for Europe which we generated through citizens consultations throughout the continent. Just before the elections we travelled in 6 caravans across Europe to discuss the manifesto with hundreds of organisations working on change at a grass roots level.

We believe that Europe needs to be world-orientated and act as a catalyst for global change in the way parts of the world relate to one another. Transnational Dialogues (http://www.transnationaldialogues.eu) is an ongoing collaboration between artists, intellectuals and creatives in Europe, Brazil and China.

This is how we achieved change:

The change that we have achieved has come out of bringing together groups of people who previously have not been in collaboration. Whether this be by contributing to the emergence of a transeuropean movement for common goods, by linking up people in Italy working on cultural common goods, with those in Transilvania working on environmental common goods, and those in Spain working on equal access to common goods for migrants; or whether it be by brining together activists and artists to reframe the public debate on migration, or protest; or by opening up spaces of communication between social movements and political institutions where they didn’t exist before.

Our TRANSEUROPA festival is one particularly good example of bringing together diverse constituencies of people and actors: both geographically diverse and also diverse in their modes of action. 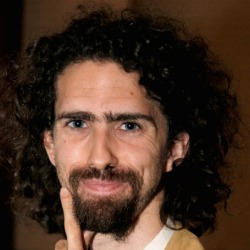 Niccolo Milanese is co-president of European Alternatives, where he chairs the transnational and advisory boards. He is also part of the elected steering committees of the Cultural Innovators Network – a trans- Mediterranean network of cultural activists and hybridizers – and the Europe+ campaign for a more democratic European Union. He represents the organisation in public, fundraises, is in dialogue with members and works on organisational development and strategic partnerships. In my engagement I am really satisfied when I see the emergence of new collaborations between people in the spirit of transnationalism and experimentation. I am satisfied when we have provided people concerned with the current state of affairs with new avenues and possibilities to work together for change. I am satisfied when I see that we have changed the nature of the debate or thinking around a certain issue, trying to reframe it in transnational or transeuropean terms, including the importance of creative as well as political action. At the TSI Stakeholder Meeting in Brussels in October 2014 he said on TSI and the European policy environment of the third sector: "The important thing to establish are the unique ways the third sector acts and interacts with other sectors: this is the real challenge for the research on impacts." "Claiming that no European public sphere exists is now used as a favourite excuse by conservative politicians and academics who do not want to act. This is simply not true any more. Since the financial crisis struck, Europe is discussed by everyone every day at every barbers’ shop, in every coffee shop, in every community council meeting throughout the continent. But there are so few leaders that want to inhabit this European public sphere." @niccolomilanese
What are you interested in?
Content keywords
Countries
Menu
CONSULTATIONSWhat is Third Sector Impact?
Working areas
TSI Community Project Coordinator Advisory Board Consortium National Stakeholders European Stakeholders
Who is concerned with the third sector? Are you a practitioner? Are you a policy-maker? Are you a researcher? Are you a statistician? Are you a journalist? Are you a citizen?
Sitemap