The Johns Hopkins University SAIS Bologna Centre (JHU-Bologna), now in its 57th year of operation, is a premier international centre for research and education in international relations, international development, and area studies and languages. The Centre brings together an international and diverse group of students who study under a distinguished international faculty, in a small and close-knit community, fostering a reciprocal exchange of information, opinions and ideas. With its strong emphasis on cross-disciplinary and comparative studies and its affiliation with the world-renowned Johns Hopkins University, the academic program of the SAIS Centre prepares students to enter careers in the public, private and non-profit sectors. The JHU Bologna Centre carries out an active programme of research through its Bologna Institute for Policy Research (BIPR). The BIPR promotes problem-cantered, interdisciplinary research in international and comparative policy led by Faculty Fellows and Research Professors and focused on seven main areas, including that of the third sector.
http://www.sais-jhu.edu/

Dr. Lester M. Salamon, head of the JHU research team, is Senior Research Professor at JHU-SAIS Bologna. He is a leading global expert on the non-profit sector and the tools of government. Salamon conceived, organized, and directed what is widely recognized as the most ambitious and systematic global effort ever undertaken to conceptualize and analyse the size, composition, financing, and role of the private non-profit sector, philanthropy, and volunteering around the world. Now spanning over forty countries, this project has generated the first reliable statistical portrait of the global civil society sector and put in place procedures to update this portrait regularly through the award-winning Global Civil Society series of books, which he has edited. Expanding on this work, Lester M. Salamon worked closely with the United Nations Statistics Division and the International Labour Organization to formulate and disseminate new official procedures for governments around the world to use in collecting regular data on the third sector, thus institutionalizing the capability to track this increasingly important set of institutions. Lester M. Salamon serves on the Editorial Boards of Voluntas, Non-profit and Voluntary Sector Quarterly, Annals of Public and Cooperative Economics, and Atlantide, the journal of the Italian Subsidiarity Foundation. He has also served as Deputy Associate Director of the U.S. Office of Management and Budget and as a member of the Advisory Committee on Voluntary Foreign Aid to the Agency for International Development. His book Partners in Public Service: Government and the Non-profit Sector in the Modern Welfare State won the 1996 ARNOVA Award for Distinguished Book in Non-profit and Voluntary Sector Research and was awarded the 2012 Aaron Wildavsky Award of the American Political Science Association for the most enduring contribution to the field of policy analysis. Lester is lead researcher for Third Sector Impact work area 2 (conceptualization and measurement of the third sector), and the conceptual integration of findings and the final report. He serves as executive board member together with Annette Zimmer (MU), Karl Henrik Sivesind (ISF) and Bernard Enjolras (ISF).

Developed in cooperation with an international team of statistical experts, and approved by the United Nations Statistical Commission in 2002, the UN Handbook on Nonprofit Institutions in the System of National Accounts offers countries a standard set of guidelines for gathering data on the nonprofit sector so that it can be seen and analyzed as a distinct sector in national economic accounts. The resulting “satellite accounts on non-profit institutions” pull together a much more comprehensive and reliable picture of the civil society sector than previously available, making it possible to gauge its contribution and track its evolution over time. As part of this process, statistical agencies are also called on to estimate the scale and value of the volunteer work these organizations mobilize and to include this in estimates of economic activity. This Handbook is currently being revised.

Developed in collaboration with the International Labour Organization and an international Technical Experts Group, the ILO Manual on the Measurement of Volunteer Work is intended to guide countries in generating systematic and comparable data on volunteer work via regular supplements to labour force or other household surveys. The objective is to make available comparative cross-national data on a significant form of work that is growing in importance but that is often ignored or rarely captured in traditional economic statistics.

This brief report provides the latest comparative findings resulting from the implementation of the UN Handbook on Nonprofit Institutions in the System of National Accounts.  This report includes data on nonprofit employment, volunteering, fields of activity, contribution to GDP, expenditures, and revenues in 16 countries around the world.

With the resources of both governments and traditional philanthropy barely growing or in decline and the problems of poverty, ill-health and environmental degradation ballooning daily, it is increasingly clear that new models for financing and promoting social and environmental objectives are urgently needed. Fortunately, a significant revolution appears to be underway on the frontiers of philanthropy and social investing that is providing at least a partial response to this dilemma. This book examines the new actors and new tools that form the heart of this revolution and shows how they are reshaping the way we go about supporting solutions to social and environmental problems throughout the world. Based on the Introduction to the full New Frontiers of Philanthropy book Leverage for Good: An Introduction to the New Frontiers of Philanthropy and Social Investing by Lester M. Salamon (Oxford University Press, April 2014) offers an accessible overview of these new actors and tools, an analysis of the forces promoting these developments, and an introduction to the challenges they still face.

Handbook on Nonprofit Institutions in the System of National Accounts revision (Ongoing) This project is undertaking a major revision of the UN Nonprofit Handbook which will take into account both the implementation experience to date and recent changes made in the broader System of National Accounts (SNA) of which this Handbook is a part. In addition, work carried out under the TSI to define the broader Social Economy, may be integrated into the Handbook in order to better capture these important institutions. This project is being carried out in collaboration with the UN Statistics Division and a Technical Experts Group. Role: Director Link to current Nonprofit Handbook: http://unstats.un.org/unsd/pubs/gesgrid.asp?id=329 Philanthropication thru Privatization Project (PtP) (Ongoing) A crucial barrier to the development of community foundations and other community-based philanthropic institutions in less-developed regions of the world has been the general lack of capital to underwrite their operations. In many of the same regions where foundation-building efforts are going starved for funds, enormous privatization sales are transferring huge stores of publicly owned assets into private hands. The PtP project explores and promotes the option for building community-based philanthropic endowments by capturing a portion of the proceeds of these privatization sales. This project is carried out under the eigis of the East-West Management Institute. Role: Director Project website: http://p-t-p.org/ (will go live late March/Early April 2014) EWMI page: http://www.ewmi.org/content/Philanthropication-thru-Privatization 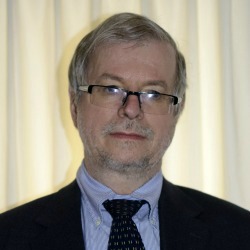 Dr. S. Wojciech Sokolowski is Senior Research Associate on the JHU research team. His research interests focus on comparative research of organizations and civil society institutions, measurement of non-market social action and behavior, macroeconomics and economic sociology, organizational behavior, and social determinants of cognitive processes. He has researched the legitimating role of civil society organizations in Eastern Europe and Russia during the period of transition to market economy, social movements, organizations, work, occupations and professions. He served as a visiting researcher at the Bureau of Labor Statistics, where he designed and implemented a system of assembling data on tax exempt organizations from the administrative data systems maintained by US government agencies, the principal investigator of the research project on environmental NGOs in Russia funded by the MacArthur Foundation, and a consultant to sevaral nonprofit organizations, where he designed and implemented program evaluation strategies.

This book examines the process of creation new nonprofit organizations during transition to democracy in Eastern Europe.  It finds that many such organizations were established by professional social and health service providers as the means of introducing novel forms of these services to the market.  The nonprofit organizational form proved effective in legitimating unknown and controversial services to both the public and regulatory authorities.

This paper examines the role of nonprofit organizations in the process of professional innovation that involved a transfer of human service technologies from Western Europe and the United States to Poland during the transition to democracy. The paper discoveres elective affinity between the nonprofit organizational form and occupational interests of service providers. As the existing system of professions is no longer sufficient to legitimate expert services and curb competition among different types of providers, the nonprofit organizational form legitimizes novel or controversial types of services, and is thus instrumental in marketing those services.

This book chapter examines the effect of non-democratic government on the development of civil society.  It compares the dimensions of civil society sectors observed in countries with histories of authoritarian or communist rule and contrasts these developments with the countries without authoritarian or communist interludes.  It finds that non-democratic governance stymied the growth of organziational capacity of the civil society sector and its cooperation with government.  In addition, communist rule had a negative effect on volunteer engagement in civil society organizations.

This article explores alternative approaches for measuring the economic value of volunteer work, develops a methodology for producing global estimates of this value using existing data sources, and identifies a new data source that promises to yield significantly improved data on which to base such estimates in the future at both the global and national levels. Both volunteering through organizations and directly for individuals are considered. Different approaches to evaluation, including the replacement cost, opportunity cost, and social benefits approaches and both observed and reported market proxies, are examined. Based on a number of criteria, the replacement cost method using observed market wages is recommended. Using this method, the article estimates that ‘volunteerland,’ if it were its own country, would have the second largest adult population of any country in the world, and would be the world’s seventh largest economy.

This paper examines the effects of aggregate government payments to nonprofit organizations on aggregate private philanthropy. Four behavioral models of private philanthropic giving are proposed to formulate four hypotheses about those effects: no net effect (null hypothesis), crowding in (positive effect), crowding out (negative effect), and ‘‘philanthropic flight’’ or displacement (negative effect across different subsectors). The paper finds that, on the balance, government payments to nonprofit institutions (NPIs) have a positive effect on aggregate philanthropic donations to nonprofits, as stipulated by the crowding in hypothesis, but a field level analysis revealed evidence of ‘‘philanthropic flight’’ or displacement from ‘‘service’’ to ‘‘expressive’’ activities by government payments to ‘‘service’’ NPIs.
What are you interested in?
Content keywords
Countries
Menu
CONSULTATIONSWhat is Third Sector Impact?
Working areas
TSI Community Project Coordinator Advisory Board Consortium National Stakeholders European Stakeholders
Who is concerned with the third sector? Are you a practitioner? Are you a policy-maker? Are you a researcher? Are you a statistician? Are you a journalist? Are you a citizen?
Sitemap