Scouting is a grassroots educational youth movement that is truly bottom-up in its structure and approach in engaging young people from all over the world.

World Scouting today is a confederation of 162 National Scout Organizations in a network of over 40 million members in more than 1 million local community Scout Groups. Some 7 million are adult volunteers who support the local activities, resulting in a huge multiplier effect.
Through peer-to-peer leadership, supported by adults, each local Scout Group embraces the same set of values illustrated in the Scout promise and Law. Each of our 1 million local Scout Groups follows a similar system of non-formal education suited to the unique aspects of their local community.

The World Organization of the Scout Movement (WOSM) is an independent, worldwide, non-profit and non-partisan organisation which serves the Scout Movement. Its purpose is to promote unity and the understanding of Scouting’s purpose and principles, 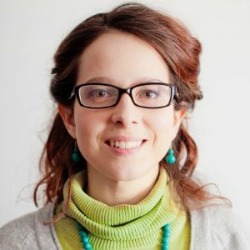 Manuela Capraro currently coordinates a Donor Advocacy project for the World Organization of the Scout Movement, part of which is a comparative research of impact studies of Guiding and Scouting in Europe. She graduated in International and Diplomatic Sciences and Sociology.
What are you interested in?
Content keywords
Countries
Menu
CONSULTATIONSWhat is Third Sector Impact?
Working areas
TSI Community Project Coordinator Advisory Board Consortium National Stakeholders European Stakeholders
Who is concerned with the third sector? Are you a practitioner? Are you a policy-maker? Are you a researcher? Are you a statistician? Are you a journalist? Are you a citizen?
Sitemap