Rubens Carvalho is currently working with Volonteurope’s Secretary General Piotr Sadowski and the team on these work strands:

·  The “Common Good for Europe” campaign, a collaborative initiative with partner networks, institutions, private sector, media and concerned citizens to promote a forward-looking rhetoric for Europe and combat negative tendencies of blame, intolerance, social divisions and attacks against welfare and migrants. The campaign opens European dialogue on promoting positive change through volunteering, solidarity and shared responsibility.
·  A long-term campaign, entitled “EU Youth Ambassadors”, which aims to create a pool of young volunteer leaders who will encourage their peers to vote in European elections through the perspective of shared European values and priorities, rather than nationalistic tendencies.
·  A report entitled “Impact of Enlargement and Migration on Social Cohesion and Fundamental Rights in the European Union”, which contributes to the debate on the impact of migration on inclusion, cohesion and human rights, overcoming negative reactions to enlargement.
·  Research on “rural isolation” and its negative consequences, namely poverty, exclusion, unemployment and lack of mobility, among others, informs a campaign on the issue, which is disseminated through creative arts and the Volunteer Forum Theatre.
·  The “Who Should Do What” campaign, which contributes to the debate on the shift from welfare to “enabling” States in Europe, where more is expected and demanded from citizens and the voluntary sector. The campaign also focuses on well-being, dementia and mental health, and how volunteering can effectively intervene.
·  Creation and development of a European Working Group to work on stronger standards of measuring the impact of volunteering in terms of social value and capital.
·  Engagement in EU Years, including 2015, the European Year of Development, and other collaborative campaigns which include civil society as key actors.

These work strands are our current focus of work, you can find more details about this on our strategic brief: http://www.volonteurope.eu/strategic-plan-2014-2018/

A Portuguese national, Rubens grew up in Brazil. He has done voluntary work in Portugal, Italy, the UK and Mexico. Rubens has an educational background in Social Sciences, having completed degrees in London and Oxford. He has worked for the third sector on human rights, international development and local participation issues. Before joining the Secretariat, Rubens spent a few years working with at-risk human rights defenders in Mexico. 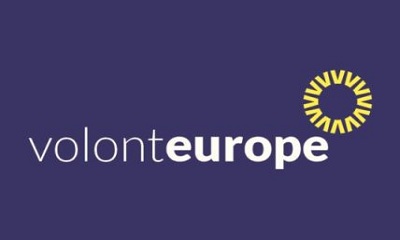