TSI’s Francesca Petrella and Nadine Richez-Battesti are convened a round table discussion titled: „Barriers, drivers and impact of SSE development in Europe: French specifities?“ that reflected on lessons learned from TSI’s comparative approach to investigating third sector barriers and strategies of resilience adopted by organisations.

Despite the large diversity of activity fields, a lot of common barriers have been observed during our study:

These barriers have been discussed. The participants consider that these barriers are also representative of the French situation. They stress that there exist a lot of support and financial schemes for Social and solidarity economy (SSE) organizations but it is still, for some stakeholders, difficult to access to them, given a lack of information, time or competence. In addition, the lack of awareness, visibility and understanding of TSOs, even though public recognition is increasing in most European countries, has been stressed as an important barrier by the participants. Invest in training has been suggested as a priority for the development of the SSE.

A large part of the discussion however concerned the concept of the Third sector, as defined in the TSI project. A debate has started among the stakeholders about this concept and its relevance. For some of them, such a concept is useful for French stakeholders to position them within a European perspective and within different conceptual approaches (such as social economy, civil society, social enterprises). It is also important to improve the knowledge and visibility of direct volunteering activity in democracies. For others, it adds confusion since it includes informal and individual components, through the inclusion of direct volunteering (individuals who give time without being paid to activities outside their own household or family). The term “sector” has also been subject to discussion since in the French approach, it is another form of entrepreneurship than a separate sector of the economy. The risk is to isolate members of the SSE from the rest of the economy. Moreover, the way the TSI project conceptualized the third sector also introduces a separation between nonprofit institutions (NPI’s) and cooperatives and mutuals, as well as a separation among cooperatives and mutuals since only a part of them are included in the Third sector, as defined by this project. It does not correspond to the Social and Solidarity Economy field. Indeed, France is specific, compared to the other countries included in the TSI project, as regards its long tradition and anchorage into the Social and Solidarity Economy (SSE), the institutionalization process and recognition of the SSE by public authorities, in particular with the adoption of a Law on SSE in July 2014 and its relatively well developed ecosystem in favor of the SSE. Therefore, a discussion has started on the proposition of the GECESS to propose to the European Commission to adopt a principle of mutual recognition of the specificities of each member state instead of trying to adopt a common operational definition.

Stakeholders also suggested that it would be important to present and discuss the TSI results at the GECES.

The meeting brought together representatives from all main “families” of the Social and Solidarity Economy (SSE), associations, cooperatives and mutuals as well as representatives from public institutions (the ministry and territorial collectivities) and from intermediary organizations. 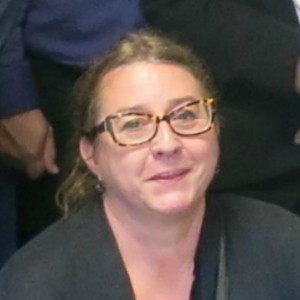 Previous Reading
TSI Stakeholder meeting in Poland at Central Statistical Office, 27 Oct 2016
Next Reading
Meeting with French SSE stakeholders in Marseille
What are you interested in?
Content keywords
Countries
Menu
CONSULTATIONSWhat is Third Sector Impact?
Working areas
TSI Community Project Coordinator Advisory Board Consortium National Stakeholders European Stakeholders
Who is concerned with the third sector? Are you a practitioner? Are you a policy-maker? Are you a researcher? Are you a statistician? Are you a journalist? Are you a citizen?
Sitemap